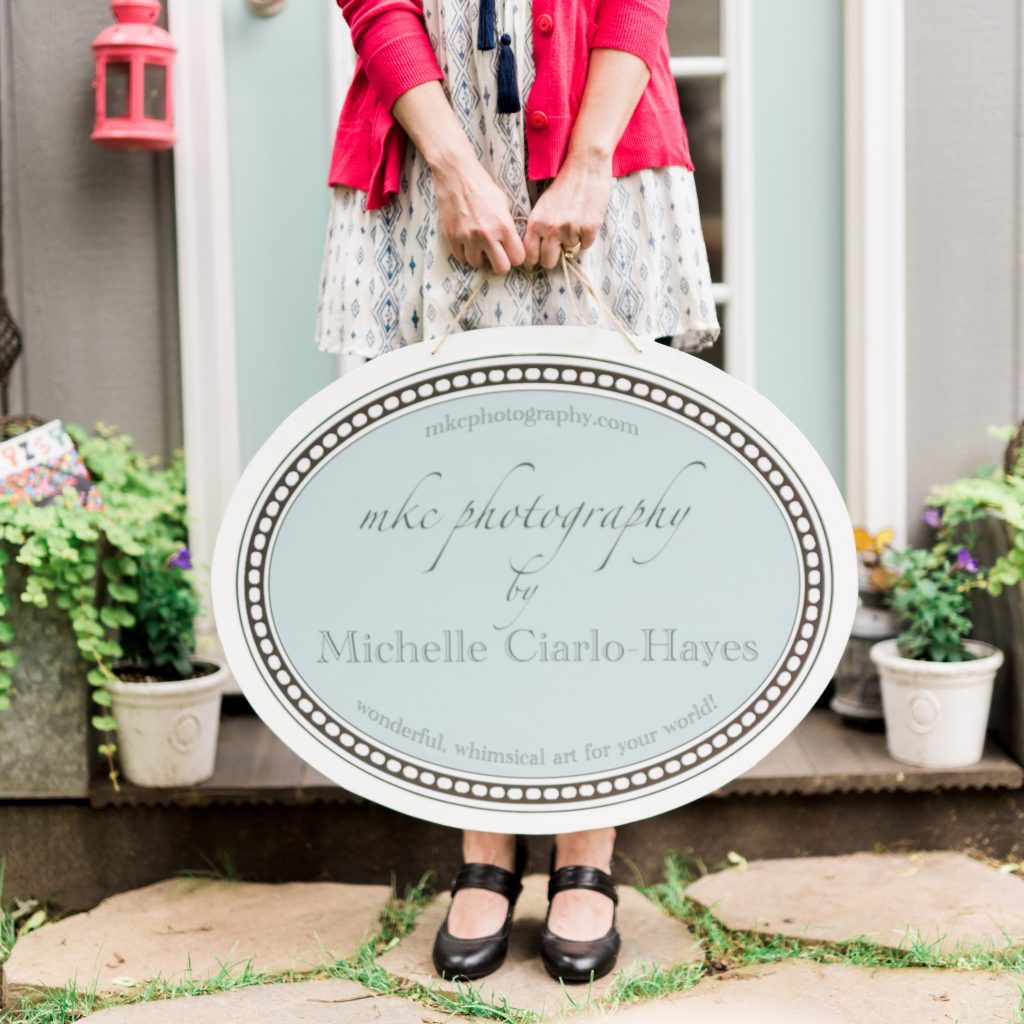 When I first began, I sold only fine art prints of my photography under my name: Michelle K. Ciarlo-Hayes (my entire name is Michelle Katharine Mary Ciarlo-Hayes, but that kind of signature wouldn’t fit on anything smaller than a mural, so…I jettisoned a bit of it for the sake of brevity). Using my name worked well enough for a while, but soon I realized I’d need an actual company name in order to claim a web domain, register with the state, and do all the other million things you have to think about as a small business owner building a new brand. As an artist, I usually err on the side of simplicity when naming my pieces, and this ended up being no exception: I decided to use my initials: MKC. Maybe I could have come up with a dreamy, flowery, or romantic name but in the end, I decided I’d rather channel all my creativity into my art instead and let the name stand on its own: it’s me, and I use cameras to create my artwork 🙂

As a footnote, I’d like to add that my father’s family pronounces the first part of my surname as “Car-low” (making the “i” silent). Had my great-grandparents never left Italy, it would still be pronounced “Char-low”, with a soft “c” sound, as in “ciao” and “ciabatta.” But, leave they did, and a few generations later, the Ciarlo clan keeps pronouncing it like the Italian Americans we all are    😀