Story Behind the Picture: Alone with the Stars 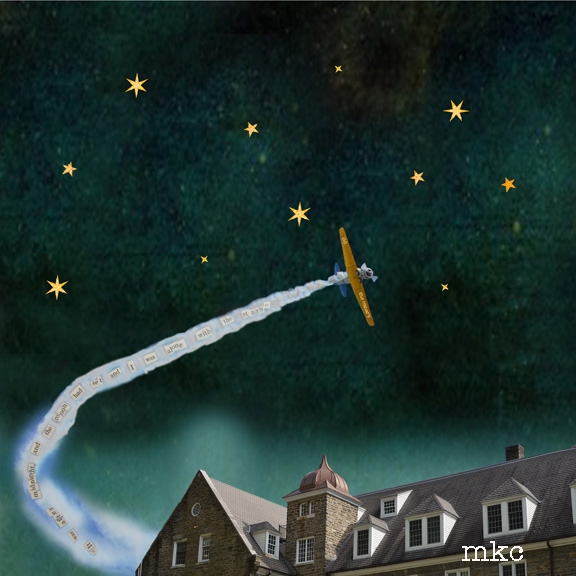 It’s a dream I’ve had since I was young:

My hands grasp the throttle and I pull back as much as I can manage. The coral reef I’m aiming for comes up quickly beneath the belly of my plane and we land roughly, but safely, in the glistening heat of the tropical sun. There is water to my right and ahead, but the reef on which I’ve managed to land my plane extends to my left and turns first to sand and finally to lush trees full of whirling, calling birds. I smile and think “I did it. We are safe.”

So many people focus on the last few days of Amelia Earhart’s known existence and where she might have landed her plane, but I wanted to pay tribute to the first 39 years of her glorious life: a life full of learning, dreams, risks, heartaches, joy, and utter fearlessness. A life spent in pursuit of the next great challenge, where not a single day was wasted but rather savored and lived. Each time I have my dream, I think she whispers something secret to me as I slide toward consciousness.

The building in this piece is where Amelia lived while attending the Ogontz School for Girls (now known as Penn State Abington) and where she was known to regularly climb out her window to the roof, in her nightgown, to watch the night sky overhead.

She said so many quotable, wonderful things in her short but powerful life, but this one spoke to me the most:

“It was after midnight and the moon had set, and I was alone with the stars.”