Story Behind the Picture: Bicycle Lights 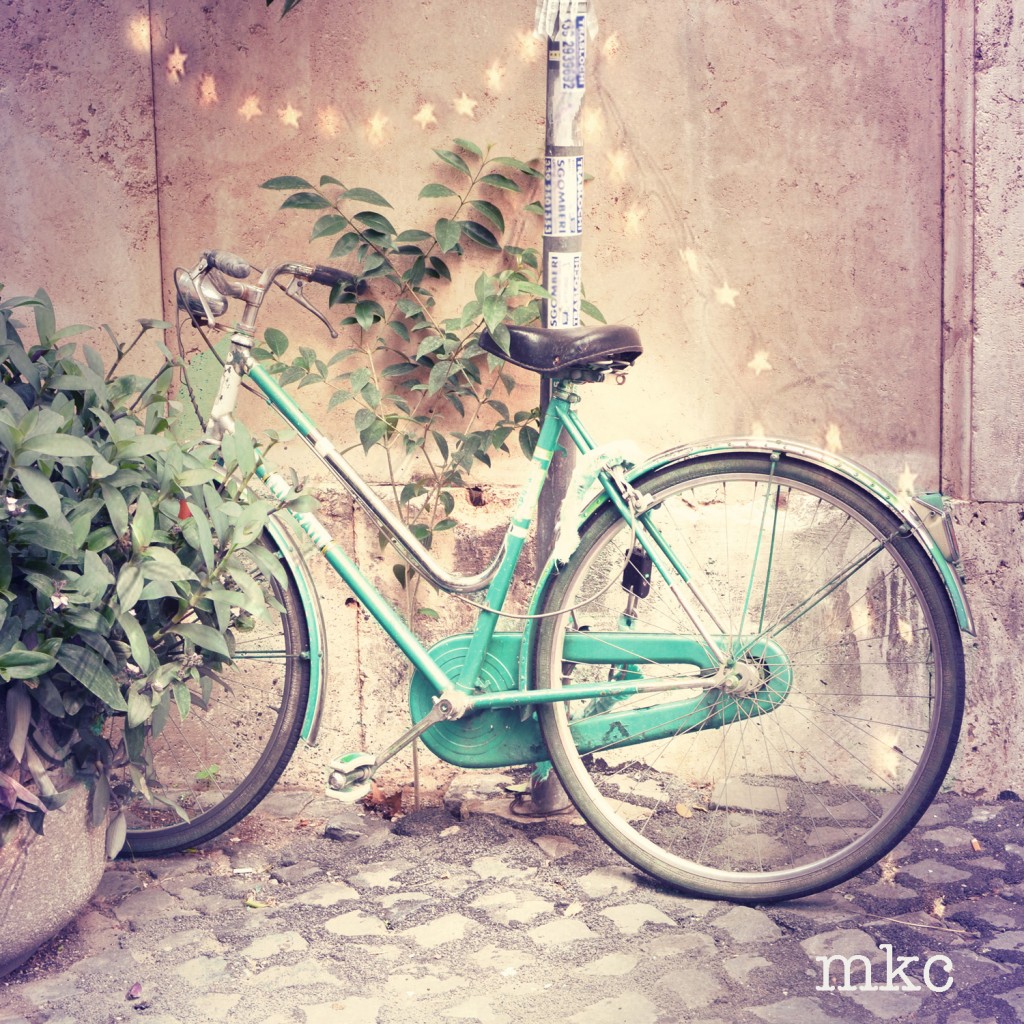 Some of my very favorite pieces have come about accidentally, and “Bicycle Lights” is indeed one of those unintentional happy moments. We were walking in Trastevere – one of my very favorite places in Rome – and, as usual, I was snapping pictures constantly (my husband and children have learned to walk at a slow pace and to be prepared to stop every fifteen seconds when I’m in Photographer Mode). As I snapped away at the beautiful buildings around me, I had my back turned to this bicycle and I nearly walked past it. In fact, I did walk past, but then decided to circle back and take two photographs…you know, just in case.

Several months later, the owner of a lovely little store that carries my work asked if I happened to have any art with bicycles. At first, I said I didn’t…until this image suddenly popped into my head. Even though it was frigid and dark outside the walls of my studio, I remembered the warmth of that early evening sun, the sounds of laughter and conversation drifting from the nearby cafe tables as people enjoyed their aperitivi (a glass of wine and finger foods) that would tide them over until the later dinner hour arrived. I was never so happy to revisit a library of photographs as I was the night I worked on this piece, sprinkling a little magic into it so this bicycle in that quiet little corner became as beautiful as my memories of that day.