Story Behind the Picture: “Oslo” 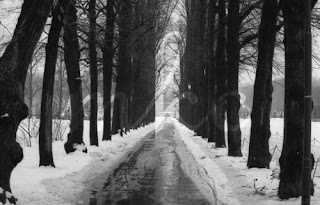 The cold snap in the weather prompted my four year-old to rummage through the drawer for winter hats this morning. He chose one woven with intricate patterns of snowflakes and reindeer, complete with tassel on top. “Where did you get this hat, mommy?” he asked, his brown eyes peeking out from under the blue and white wool. “I bought that in Norway, a long time ago,” I replied, remembering my solo trip to Scandinavia with the foggy wistfulness that comes from years of “amnesia,” the kind that helps you forget the biting cold winds, the rough waters of the fjords that threatened to make even the most seasoned sea traveler ill, or the overnight train that stalled somewhere in the wilderness above the arctic circle, surrounded by nothing but fir trees and the occasional howling wolf. I was young, only a graduate student a the time, and I carried everything I owned on my back for five days straight. I stayed in hostels. I ate strange foods that I could not pronounce. I spoke enough Norwegian to get by, although most people took pity on me and kindly communicated with me in English (especially after I tried to order a pint of “wool”…the word for “beer” and “wool” in Norwegian are remarkably similar…). I learned to navigate foreign cities and foreign terrain without doubting my own instincts. I learned never to hop on a trolley without paying (hey, I was poor…but that didn’t stop the transport authorities from confiscating my passport…they held me on that same trolley for about 45 minutes until they saw I was scared enough to never fare dodge again). I learned how to pluck wool from sheep, and card, spin, and weave it into sails as Norwegian women did so long ago (the real reason I was actually there…and you all know without sails, there would have been no Viking exploration, no discoveries. You can thank the Norwegian ladies for that!). I took this photo on the last day of my trip: I had just enough money to buy a roll of film (and yes, still pay for the trolley to take me to the Oslo airport). I walked through Vigland’s Sculpture Park, listening to the snow crunch under the treads of my hiking boots. My ruck sack weighed about 50 pounds and it was slow going through the deep, white drifts. I was grateful to come across this paved, nearly clear pathway with its rows of welcoming trees, leading me onward.