Story Behind the Picture: Philadephia 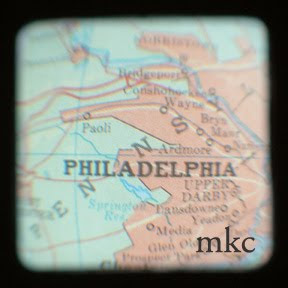 Maps are like old friends to me. I pore over them, remembering the airports and train stations, recalling the winding rivers or jagged shorelines, admiring the colors of the elevation.

I used to memorize the terrain and street layout of a new city before I would arrive (when traveling in foreign countries, alone, it’s generally best not to look confused. Or lost. Or foreign, for that matter). I would know which elevation changes signaled north or south, which direction to expect the sea, where the nearest pub could be found.

I liked going to unusual places. Hitra, a small island off the coast of Norway, just a brief jaunt away from the Arctic Circle? In March? Only reachable by boat in rough winter seas? Yes, please! Of course, I’ve gone to not-so-unusual places as well, but I pride myself on having made it a memorable experience nonetheless. Like the time I forgot to put my pepper spray in my checked luggage and, as result, caused a bit of an “issue” at the airport on my way to Dun Laoghaire. Apparently the IRA had made some threats that morning. And then along I came, with my concealed pepper spray. Excellent.

There are breathtaking rivers in Portugal which, in actual fact, are the same color as the ink on the maps. There are reindeer near Lillehammer that will meander across railroad tracks and delay a train heading north for hours, in the dark, as the wolves cry in the distance. There are police officers in England who take the combination of pepper spray and Irish airlines very seriously.

My passport has expired, and I’m none too happy about that. It means my decade of adventuring was shelved in lieu of other things (you know, job, child bearing, all that sort of thing). I’m not concerned. Maps and I have a long history together, and I expect to be using them again soon, and not just for photographing. This is where I am going today – how about you?