Story Behind the Picture: Radcliffe Camera 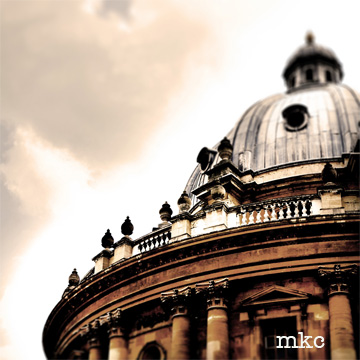 The Radcliffe Camera. For those of us that have toiled away up there, over countless stacks of countless books, we affectionately call it the “Rad Cam.” And by “affectionately,” I mean, “with equal parts loathing and not-so-fond remembrance of exhaustion.” The Rad Cam is one of the many reading rooms of the Bodleian Library and one of the most beautiful, with arched windows and worn stone and light streaming in from the cupola above the domed ceiling.

All of that would be even more lovely if it wasn’t an average temperature of 36 degrees Fahrenheit inside the Rad Cam during the winter months. I earned the name “Bob Cratchit” because I would wear my scarf and wool gloves while sifting through tome after tome on the desks circling the highest level of the Camera. Since heat supposedly rises, I felt this was the warmest place I could find…I suspect everyone on the lower floors had to wear their parkas indoors to prevent hypothermia. J.R.R. Tolkein once referred to the Rad Cam as resembling Sauron’s temple (that’s a reference to a temple that required human sacrifice, for those not up on their pre-Lord of the Rings Middle Earth trivia). I’m guessing Tolkein found the interior climate to be less than hospitable as well.

I also managed to earn the name “Narc” (short for “narcolepsy”) because, despite the frigid temperatures and the uncomfortable 300 year-old wood chairs, I would fall asleep immediately after opening my spiral-bound notebook…usually directly ON the aforementioned spiral-bound notebook, which meant the tell-tale red spiral lines across my cheek would take hours to fade once a friend had finally shaken me awake.

All of this flitted through my mind as Danny and I stood outside on the cobbled stone street, holding hands, gazing up at the clouds rolling past the domed roof during our visit this past April. I thought of telling him my stories about the beautiful smell of the book pages, the cramps in my hands from writing for countless hours (when I wasn’t sleeping, that is), and the constant search to find an available desk near a natural light source so the afternoons didn’t feel as gloomy. But I decided against that…he’ll have his own experiences and memories from his own university library someday, so I decided to just keep mine for myself. And, if he’s anything like his mother, he’ll eventually learn to be careful and avoid sleeping on the metal spirals of his notebooks.

“Radcliffe Camera” is part of the twelve month art calendar, “To London and Oxford We Go.”