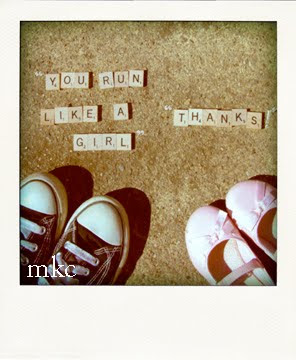 It was the first day of my junior year in high school. The physics lab broiled in the heat of the early September sun. I looked around at my classmates (mostly seniors), and realized there was only one other person wearing a skirt in the room beside myself.

Mr. C began his “Welcome to AP Physics” speech with all the enthusiasm of someone whose spare time was filled with accelerometers, calculators, and equations. As I shifted my weight on the uncomfortable yellow lab stool, I head him pause. He looked directly at me, and then to the one other person wearing a skirt in the room, and uttered the following:

“You might as well prepare yourselves: girls traditionally do not do well in this class.”

What I wanted to do was get up off the uncomfortable yellow lab stool, take my newly sharped pencil, and stab it in his neck. What I did do was sit perfectly still, my hands clasped in angelic fashion atop my text book, and gaze back at him with my most winning smile (which, I’m certain, was tinged with discernible malice). The validation to the pulse pounding in my ears and adrenaline flowing in my veins was my lab partner’s barely audible comment of “oh, no he just didn’t…” I’m not sure if he was horrified by Mr. C’s statement, or if he was just concerned I might go on a sharpened-pencil-stabbing spree right there in the lab.

He needn’t have worried. I had no intention of murdering Mr. C. It was far more enjoyable to watch his face each time he handed me my test results. For one year I enjoyed the delicious satisfaction of earning one of the highest grades. Of the entire class. Including the boys.

Fast-forward ten years to the soccer fields where my husband and I coached our team of middle-school girls. “Time for push-ups!” he called, “and just so you know, there are no GIRLY push-ups allowed!”

Imagine, if you will, the sound of 15 girls (and one of their coaches) gasping at the sound of the word “girly” being used as a euphemism for “weak.”

I don’t think I need to tell you what happened next. As he apologized to the girls (many of whom were giving him looks that echoed my own pencil-in-the-jugular expression) for his poor choice of words, I realized sexist comments should always be harnessed for the opportunity-providing-pieces-of-nonsense that they are. Never ignore them. Never pretend they don’t exist, only to seep into the cracks of your psyche when you least expect them. Instead, hear them: hear them for the insanity that they are. Turn it around on them. Relish the look on their faces when you answer every test question correctly. Enjoy the feeling as you complete 30 “girly” push-ups…you know, the kind where your legs are perfectly straight and your knees never touch the ground? Those are the only kind of girly push-ups I know how to do.