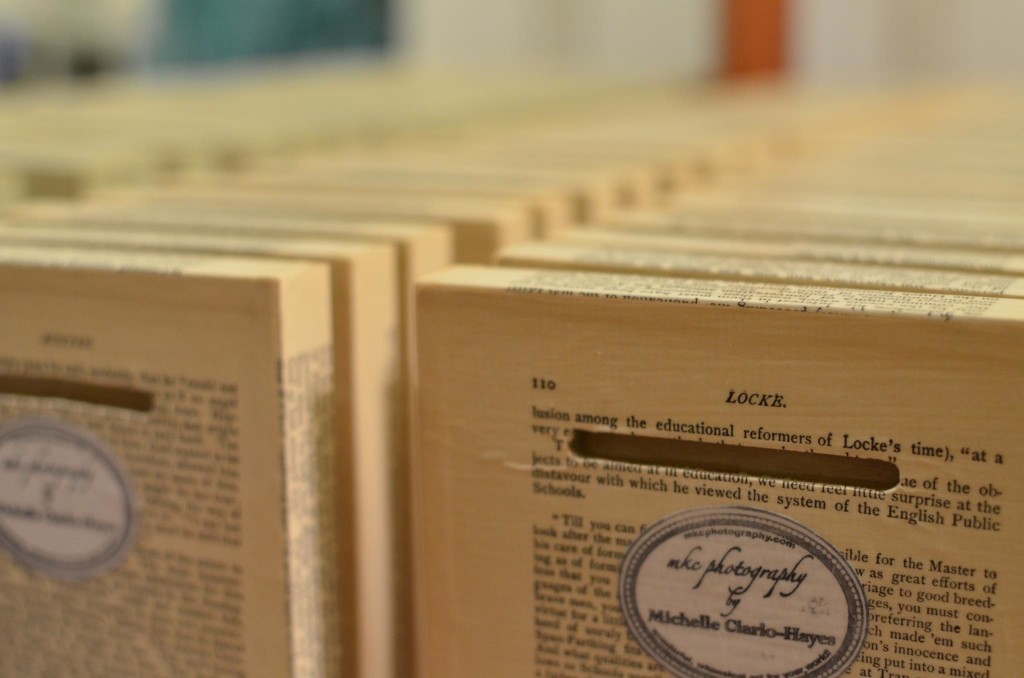 In the past two months, something’s happened to my studio. It’s become a factory. A block factory. With an employee of one.

You know you spend a LOT of time creating art blocks when your five-year-old barges into the studio after waking up, declaring, “I KNEW I’d find you in here making blocks, mommy!” This is a child who no longer notices the (foam) suit of armor he wears e-v-e-r-y-w-h-e-r-e (“Lucas, you can’t get in the shower right now.” “Why not?” “Because you’re still wearing your armor.”) For him to notice such things means I must be in here. Making blocks. A lot. Which… I am.

What does one do while carefully covering the backs and sides of hundreds of blocks with 19th century book pages? Watch documentaries on Netflix. Go ahead, ask me anything about canines. Or Banksy. Or the Tower of London.

For the girl who used to read encyclopedias for fun, documentaries have become my savior. They’ve also become the bane of my husband’s existence.

Me: “Make blocks. Did you know they recently lowered a portcullis at the Tower of London that hadn’t been seen in over 100 years, and they found a fascinating adaptation made to the original medieval structure that was probably added in the late Tudor era to accommodate their (at the time) modern cannons?”

It’s like being 9 years old again, watching my parents glaze over at the dinner table as I explained the path of evolution of the horse from Hyracotherium to modern-day Equus. Which reminds me, there’s a fascinating documentary on horses I’ve been meaning to watch… I can’t wait to bore people share it with everyone once I’ve watched it…