Story Behind the Picture: Yellow Fields 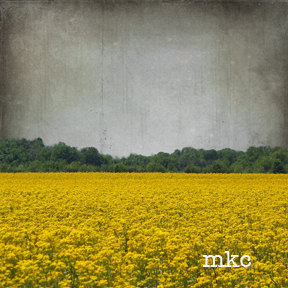 It had been a stressful travel morning: catching the rush-hour First Capital trains into London with a small child in tow leaves one feeling as though one just successfully outran the bulls in Pamplona. We managed to find seats, although not immediately adjacent to one another, and I spent the next thirty minutes – until we passed by Blackfriars and St. Paul’s cathedral and the crowds on the train finally thinned – keeping an eye on Danny with the intensity of a mother hawk.

Once at Three Bridges station, the onslaught of arriving/departing/announcements/general morning mayhem made it difficult to find our connecting train to the Chichester countryside. Best yet, we had exactly three minutes to figure it all out. As I scanned the scrolling messages on the overhead boards, I felt Danny squeeze my hand.

He pointed to the platform on our left and smiled.

“How do you know this is the right one?”
“Because the man on the speaker said all the stops and I heard ‘Chichester’ in there somewhere, and then he said ‘Platform 4.’ And that sign there says Platform 4. And it’s leaving in one minute.”

I was about to ask him how he possibly could have heard that garbled message over the squealing of brakes and the rush of the express trains that kept whipping through at unparalleled speeds, but I knew there was no need. His greatest challenge with Aspergers – trying to selectively tune the onslaught of information his brain receives every second of the day – just proved to be invaluable. We jumped on the train at Platform 4.

A new announcement greeted us as the wheels began to turn: the train would split in half somewhere in the middle of southern England, the first four cars delivering us to my dear friends waiting at the station in Chichester, the other half going off to some place in the west called “Frogmore-upon-Happenstance” or some equally English name.

“Oh. Oh dear. Only the first four cars are going to Chichester,” I muttered to myself, trying desperately to recall where on the train we’d jumped just moments ago.

“We’re on the second car. We’re fine,” Danny said, smiling confidently.
“How do you know that?”
“I counted. Didn’t you?”

All I could do was smile and hug him. The city gave way to suburbs, the smaller homes and side streets gave way to fields of green, red, and yellow. I felt the adrenaline of the morning wash away with the rolling of the wheels as Danny rested his head on my shoulder. When he saw the fields of vibrant yellow rapeseed floating past our windows, he suggested that I take a few photographs and, for the third time that day, I listened to the wisdom of my child.