Story Behind the Pictures: Cupcake Conversations 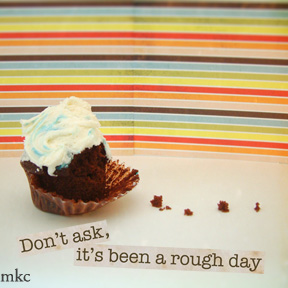 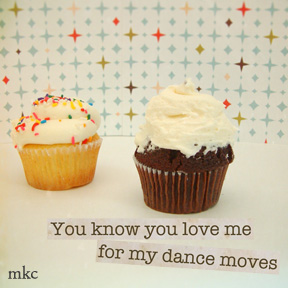 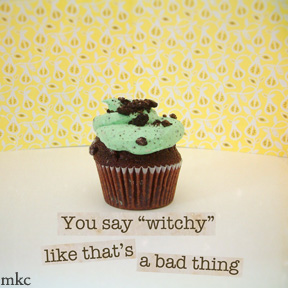 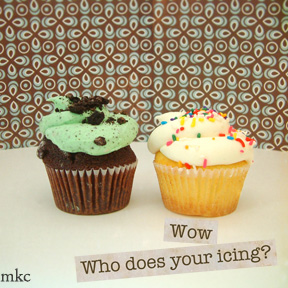 The Cupcake Conversation series contains twelve of these little gems, all bound for a 2011 calender that will be available this fall. As you might have guessed, I have two settings when it comes to my art and writing: soulful and sarcastic. This series most definitely falls into the latter.

I had a great time creating these – all the sayings came to me during an exhausting – but fruitful – trip to NYC. They were conversations I overheard, things I thought in my own head, words I spoke aloud to friends. Why the cupcakes? I really don’t have an answer for that…perhaps I was hungry. I sketched them out, decided on the backgrounds for each, and then went in search of the perfect cupcakes. The owner of our local bakery thought I was a wee bit strange, as I told him I wanted only the ones with the “most personality.” I could see him watching me out of the corner of his eye as he placed them in the box. Even though he was six inches taller and outweighed me by seventy pounds, he was clearly a little afraid. I tried to explain what I was doing with them, but when I said “talking cupcakes,” oddly, it didn’t seem to help.

I’ll just have to bring him a copy of the calender, assuming he’ll even let me in the front door.