Story Behind the Pictures: “My Funny Valentine” and “Offering” 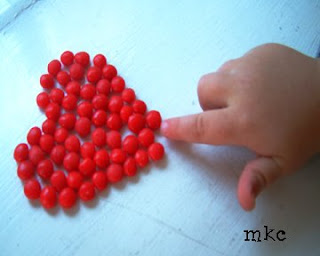 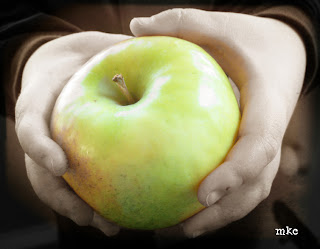 So I have a little obsession with hands – I write stories about them, I photograph them, and I constantly wish my own were not showing early signs of the same arthritis which afflicts my mother and grandmother. My great-grandmother possessed such lovely hands that her husband decreed she wear white gloves when working behind the counter at their jewelry store, lest the gentlemen customers become smitten by their beauty. Mine? Well, they’ve been calloused by years of rowing, gripping my pen the wrong way, handling and training horses, and changing more diapers that I could possibly count. But what I love most are the hands of my children, still plump with baby fat, unable to tie shoes, yet oh-so-able to open doors they shouldn’t and pull the dogs’ tails. My two year-old (whose little finger is pointing to the red candy) snuck up on me as I was taking this photo…apparently he thought I wouldn’t notice him giggling and stealing the cinnamon dot that formed the bottom point of the heart. The next photo is the hands of my four-year-old, who has grown into the most lovely, lively boy. He often asks if we can donate our extra toys and food to those who need it and helps me to collect and pack bags to bring to the city shelters.
Just yesterday I held my eldest’s hand as he was prepped for surgery, giving it one final squeeze before he was wheeled away from me to the doors of the operating room. When he woke up a few hours later, he reached for me, and I sat thinking of the first time each of my boys grasped my fingers in their own, how we communicate first through our hands before any of our other senses have fully developed.
So, long after their wonderful baby dimples have faded from the backs of their hands, long after they can dress, feed, and even drive themselves, long after they’ve refused to hold my hand in public, I will have these photographs to remind me of how sweet and tiny (and occasionally troublesome!) those little hands once were.